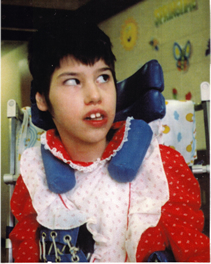 October 24th, 2018 marks the 25th anniversary of Tracy Latimer’s death by homicide. On this day in 1993, 12-year-old Tracy would be loaded into the cab of her father (Robert Latimer)’s truck. Mr. Latimer would run a hose from the exhaust pipe into the cab, and start the engine. Tracy died by carbon monoxide poisoning. She had cerebral palsy. Mr. Latimer claimed that he was nobly ending his daughter’s suffering; he was charged with 2nd-degree murder.

To be clear, Tracy Latimer was murdered. She had a disability, and she was murdered. Those two facts don’t cancel one another out. Nonetheless, Tracy’s life and death are instructive when applied to current day discussions of Medical Assistance in Dying (MAiD). Tracy’s story brings light to the vulnerability that children with disabilities face navigating both life and death.

Much has changed in the Canadian social and legal landscape in the last 25 years. Not even a month before Tracy’s death, on September 30th, 1993, the Supreme Court of Canada decided Rodriguez v British Columbia (AG), upholding the criminal code provisions that made assisted dying illegal. At the time of Tracy’s death, Canadians should have been hyper-aware that taking someone else’s life was not only a criminal act but also one that was deemed by the courts to go against our country’s core values.

In 2015, the Supreme Court revisited the legality of assisted dying through Carter v Canada (AG). This time, the criminal code provisions were struck down. Under specific circumstances, where a consenting adult is facing grievous and irremediable suffering and near end of life, Medical Assistance in Dying is now legal in Canada. Public opinion is changing; more and more medical professionals are getting on board with the practice. The Council of Canadian Academies is currently researching the plausibility of extending MAiD to mature minors, to those facing mental illness, and to those who have requested MAiD under advanced directive. Assisted dying is gaining traction.

Are those deliberating offering MAiD to mature minors remembering Tracy Latimer today? They should be. They should be ensuring that under no circumstance will parents be able to murder their children through the Canadian medical system. By continuing to chip away at the laws protecting against assisted suicide, while simultaneously failing to put adequate safeguards in place, we are creating space for this kind of misuse.

Tracy was particularly vulnerable because those entrusted with her care decided that her life was not worth living. She, like all children, was dependent on her family for her survival, for her medical care, food, and shelter. In this case, her support system was broken. Tracy was not just at risk because she had a disability, she was at risk because she was a child who needed others.

To be fair, raising a child with a chronic illness and/or disability can be a daunting task. It can wear heavily on a parent. One might assume that Mr. Latimer was in anguish when he brought himself to commit murder. This is another crucial element to keep in mind when considering MAiD for mature minors. A mature minor could very well be put in the position of having to choose between ending their life and feeling like they were causing their family to continue to struggle emotionally, financially, or otherwise. What an impossible position to be in.

Perhaps most importantly, in remembering Tracy Latimer, we must not forget that although a lot has changed legally in the last 25 years, children – particularly those with disabilities – continue to be vulnerable. A lot will undoubtedly change over the next 25 years as well. Do we, as a country, like where we are headed?